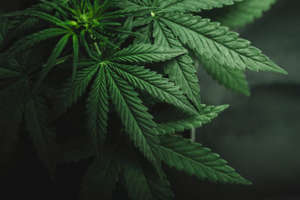 Canadians looking for exponential gains can consider investing in the cannabis sector. Canada legalized marijuana for recreational use almost three years back, and now it’s quite possible for pot to be legalized at the federal level in the United States as well. However, while Canadian cannabis producers such as Aurora Cannabis (TSX:ACB)(NYSE:ACB) are struggling with lower-than-expected demand, negative profit margins, and a slew of other structural issues, their counterparts south of the border continue to grow at an enviable pace.

Aurora Cannabis stock is down 95% from all-time highs

Canadian marijuana giant Aurora Cannabis remains popular among investors, but it has burnt massive wealth in the last two years. ACB stock is, in fact, down 95% from all-time highs and has declined 17% year to date as well.

In its fiscal third quarter of 2021 (ended in March), Aurora’s net cannabis sales were down 21% year over year while recreational sales fell 53%. In the first three quarters of fiscal 2021, ACB has reported an operating loss of $232 million, which was 18% lower compared to the prior-year period.

ACB’s management had in fact forecast to reach a positive EBITDA in the quarter ended in September 2020 but this milestone seems a distant dream right now. In order to support its massive cash burn, Aurora Cannabis has also diluted shareholder wealth at a rapid pace by raising equity capital several times. In fact, Aurora’s outstanding share count has risen from just 1.3 million in 2014 to almost 200 million in March 2021.

Despite the significant pullback in ACB stock, analysts are not bullish on the pot giant. The average 12-month price target for Aurora Cannabis is $8.43, which is lower than its current trading price of $8.76.

While ACB is grappling with negative margins, Green Thumb Industries (CNSX:GTII) is racing towards profitability. Green Thumb is a U.S-based cannabis stock that is forecast to increase sales from US$556 million in 2020 to US$1.19 billion in 2022. Its earnings are also estimated to rise from US$0.07 per share to US$0.68 per share in this period.

It might seem that Green Thumb is trading at a steep valuation given its market cap of $6.4 billion. However, the cannabis leader’s robust growth and improving profit margins make it an enticing bet for long-term growth investors.

Over 20 states in the U.S. have legalized both recreational and medical marijuana, and Green Thumb already has a network of 62 dispensaries in the country. With a cash balance of US$359 million and debt of less than US$200 million, Green Thumb is a cannabis stock that is attractive due to a strong balance sheet, widening margins, and stellar revenue growth.

The post Forget Aurora Cannabis and Buy This Pot Stock Instead! appeared first on The Motley Fool Canada.