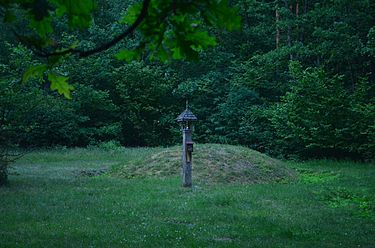 Vilnius district municipality is situated in the territory once settled by the Baltic East Lithuanian Barrow Culture (c. 3/4th–11/12th century AD), and numerous archaeological sites from this period are situated within its borders. During the formation of the Grand Duchy of Lithuania, the major part of what is now Vilnius district municipality was the nucleus of the Lietuva Duchy (the land – Lietuva), while the territory to the north of Maišiagala belonged to Neris land. There is some evidence that Bukiškis just north of Vilnius whose historic name was Gedvydžiai could be associated with Duke Gedvydas and through this link – with Mindaugas.[3] According to Jan Długosz, the pagan ruler of Lithuania Algirdas was cremated in the sacred forest of Kukaveitis near Maišiagala after his death in Maišiagala castle in 1377.[4] Nemenčinė (1338), Maišiagala (1254, 1365) and Medininkai (1387), known from written sources from the 13th-14th centuries, were among the oldest settlements in Lithuania. These were trade and defense centers with castles as well as religious centers – after the Christianization of Lithuania, early churches were built here. As Vilnius was the capital of the Grand Duchy of Lithuania, the territory around the city was forming the very center of the state, so-called Lithuania proper. It was the major part of a much larger Vilnius Duchy and later – Vilnius Voivodeship. After the partitions of the Polish-Lithuanian Commonwealth, Vilna Governorate was formed and Vilensky Uyezd occupied all of what is now Vilnius district municipality. When Vilnius and its suburbs in 1923 were incorporated into Interwar Poland, what is now Vilnius district municipality was the core of Powiat wileńsko-trocki. After World War II, Vilnius district municipality was formed. The initially small Vilnius district (938 km²) was soon significantly enlarged, absorbing Naujoji Vilnia district (in 1959) and Nemenčinė district (in 1962) and parts of Ukmergė district, but transferring some smaller administrative territories to Molėtai district and Švenčionys district, including Pabradė (in 1962). After 1962 (then 2313 km²), there were only minor administrative reforms, attaching some territories from Vilnius district municipality (now 2129 km²) to Vilnius city. In March 1987, the villages of Pašilaičiai, Fabijoniškės, Kelmija, Raisteliai and parts of the villages of Pavilionys, Baltoji Vokė, Prašiškės, Bajorai, Buivydiškės, Grigaičiai and Vanaginė were attached to Vilnius city.[5] Almost all of the municipality belongs to the Vilnius urban belt, forming suburban environs of the capital city.[6]

The municipality is divided into 23 elderships:

Riešė village in Vilnius district municipality. One of the fastest growing localities in the vicinity of the capital. 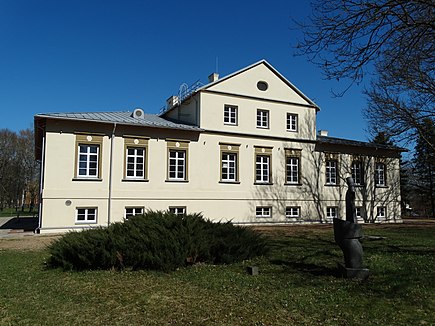 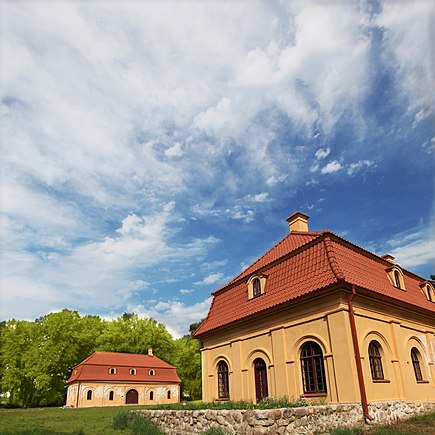 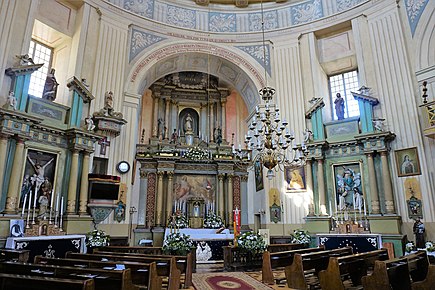 Vilnius District Municipality is twinned with: